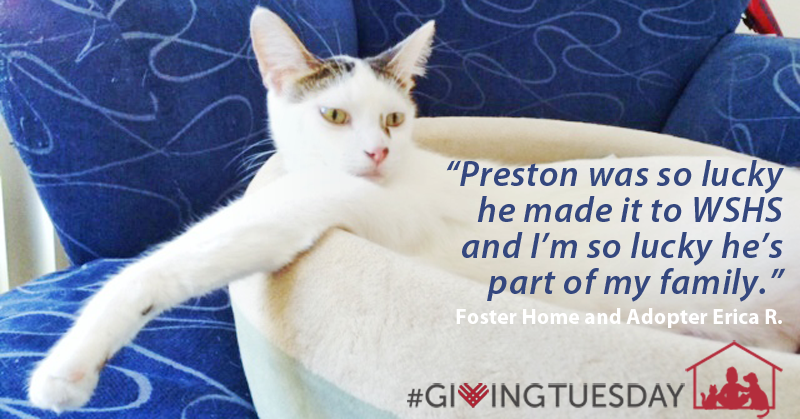 Preston was moving and seemed amenable enough to be picked up, so the Good Samaritan released Preston from the car’s grip, placed him gently in his car and brought him immediately to us. Upon arriving at the shelter we knew right away that he needed immediate medical attention.

Aside from obvious abrasions, Preston’s tail was roadburned and raw on the underside and broken at a 90 degree angle. There was also an old wound: a fracture of the tibia that had healed unnaturally, causing part of the bone to be sticking out through the skin near his back foot. The pain must have been unbearable as the skin was bald from Preston licking the area in a vain attempt for relief.

We took Preston to see Dr. Hayes at Boone Animal Hospital and the doctor knew exactly what to do to help. A portion of Preston’s tail needed to be amputated at the break and the bone from the old fracture-wound needed to be shaved down so it no longer would protrude through the skin and cause irritation. Dr. Hayes and the team at Boone worked tirelessly to patch up Preston’s wounds and repair his damaged body, eventually releasing him into a foster home when he was strong enough to move around on his own.

Preston was in foster care for about 8 months before he was well enough to be adopted. After a brief stay in our adoptable cat room Preston met Erica R, one of our amazing volunteers. She was all too happy to adopt him and let him continue to recover alongside her other fosters, which included a litter of kittens. Preston had to wear a plastic cone (which sort of looks like an Elizabethan collar) for several weeks while he healed, but this resilient guy didn’t seem to miss a beat. “Preston is adorable,” Erica beams. “His large, gold eyes draw you in and his markings are so cute. It’s fun to watch him twitch his little tail when he’s getting excited, especially while watching birds.” 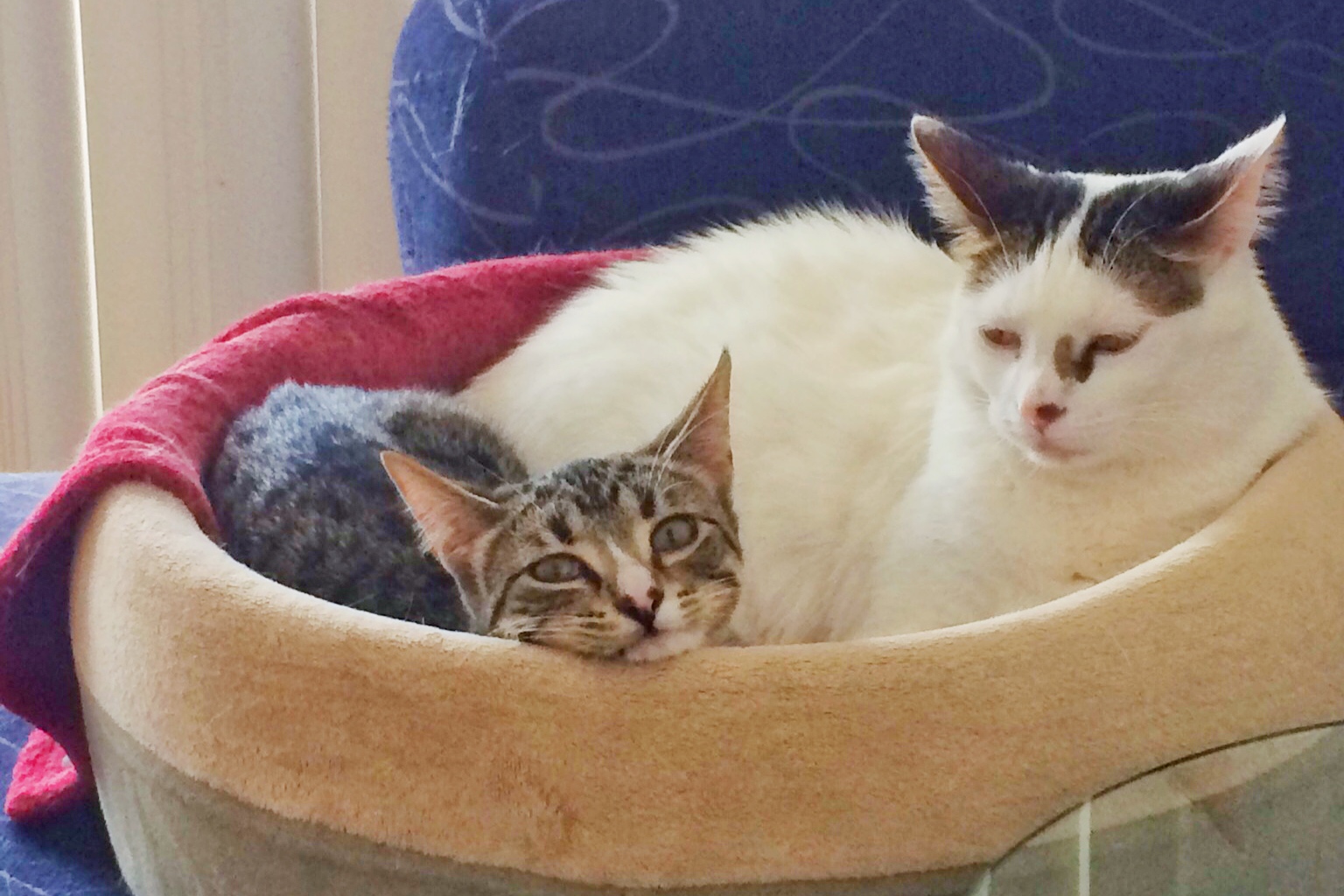 Now fully healed and recovered, Preston has also been a wonderful big brother to several litters of kittens Erica’s fostered. He’s playful with them, but always gentle and it’s obvious the kittens adore him. Erica kept one of the kittens, Ferrari, and she and Preston have become best buddies.

“Preston is such a fun and important member of my family. He becomes more affectionate and trusting every day,” says Erica. “He was so lucky he made it to West Suburban Humane Society where he got care and love from all the doctors, staff, and volunteers who helped in his recovery. And I’m lucky Preston is a part of my family.”

We approach every day with desire and determination to help the most needy cats and dogs in Chicagoland. Behind us stands an army of dedicated and talented veterinarians, shelter staff and volunteers, each of them pitching in to make a difference in the lives of animals like Preston.

On #GivingTuesday, November 28th, 2017, we will be raising money for the Mowgli Fund, an emergency medical fund created to make sure we always have the resources available to give cats and dogs like Preston the care they desperately need. Please share these stories and mark your calendars for #GivingTuesday - our future cats and dogs in need will thank you.

Help us continue the good work we do and mark your calendars for November 28th, #GivingTuesday. Thank you!

DONATE NOW TO OUR NEW FUND!